Make Life Better with this Inexpensive Home Improvement. #2 Out of 11 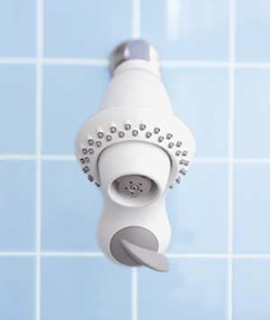 Another Item in the Bathroom Makes Our Top 11 Ways to Make Your Life Amazing for Just a Few Dollars.

In our first installment, we talked about the Living Large idea of ending your less-than-satisfying history of using little tiny towels.  Moving up to bath sheets is something you will thank me for every day after your shower or bath.

Staying with our bathroom theme, I personally feel that the 10 – 20 minutes per day spent under the shower deserves some real thought.  Seriously, we spend something like 60 hours a year taking a shower.  If that 60 hours could be improved dramatically for $100, wouldn’t you do it.

I have been a shower head fanatic for decades.  I built my own double headed shower over 30 years ago, then installed two showers in a steam room that I built around 30 years ago.  One in front, one to the side.  Each of those was outfitted with state of the art (at the time) shower heads that would give me anything from a Spring shower to a piercing massage.  And they were, of course, able to be positioned at various heights, pivoted in all kinds of directions, and capable of being hand held.

Here below are a few of my favorite shower heads for 2013.

The shower head at the top of the page is described this way by RealSimple.com:

Even with repeated use, the Revolution doesn’t bore. A spinning disk twirls a pulsating column of water right onto sore muscles with surprising strength; a large dial lets you choose the spinning speed from a wide range of settings. Providing even more variety are small rubberized jet sprays along the edge of the head, which can be activated for a more intense spray.

Both Yahoo.com and Consumer Reports picked the Moen Inspire 21777BN.  Here was the report 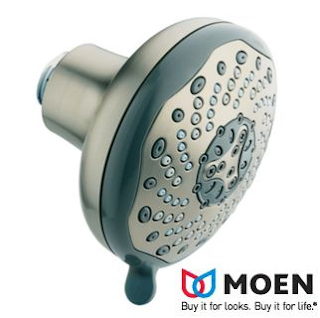 It was kind of difficult to make a choice since there were so many adjustable shower heads to choose from. After spending a considerable amount of time weighing our options and discussing the quality and affordability with a sales associate, we decided on the Moen Inspire. The exact model we chose was the Moen Inspire 21777BN, if you’d like to look it up.

We chose the Moen Inspire because it was very affordable in comparison to some of the other adjustable shower heads with settings. Many of them ranged from $80 – $150. The Moen Inspire we purchased cost us $50. It has seven settings to choose from. The settings are: 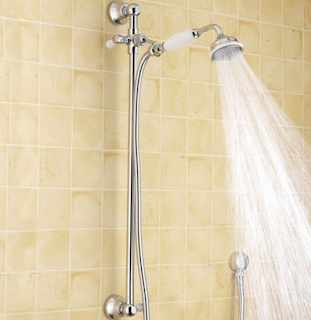 If you are really tall and others in the family are really short, or if you like to point the shower head
very precisely at various points on your body for massage or other benefits, you will want to look into a shower rail.  The trade off here is that the shower head may not be as good as the ones described elsewhere on this post.  If that is an issue, you can go for the gusto … see below.

Going For the Gusto

You may or may not be aware that
you can buy shower systems that heat the water as delivered, have pumps to increase the flow, use thermostats to precisely control the temperature and remember it for next time, and filter the water to provide you with soft water and reduce lime build up.  I can’t really tell you if the following shower system is the best of its kind, as there seems to be few reviews.  However, it is the type of system that you might select if you wanted to go all out. 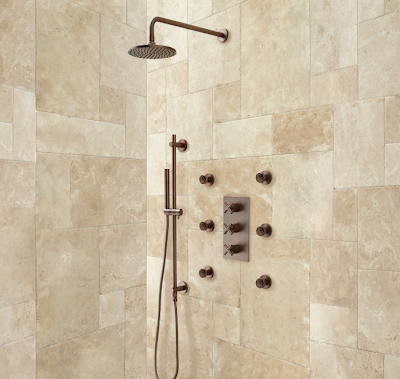